A chat with the Collie & the labrador

On the way to see a client on Friday I stopped at some traffic lights in a little town called Ledbury. Parked to the left of me was a pickup truck with two gorgeous dogs sat in the back, anxiously awaiting the return of their owner. As the lights were taking some time I thought I'd have a little chat with them. I asked them their names and the Collie (Sheep Dog) replied "I'm Tom & he's Jasper" referring to his golden labrador friend. The two of them then went on to have a little brotherly 'dispute' about who was the best! Tom told me how he was a working dog and "earnt his keep" by helping his owner out but Jasper didn't do anything but eat and sleep. Dopey but lovely Jasper tried to deny this but in the end gave in and admitted he does like to eat and he is merely there as a pet, but he's happy that that's his role. Their characters were so different but you could feel the love they had for each other and their owner. What a lovely way to pass the time whilst stuck in the car! I wanted to share this little story with you to show that animals are just like us with their little quirks and opinions on themselves and others! 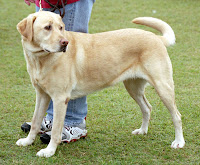 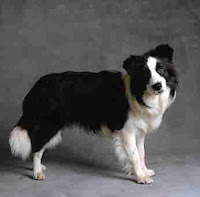 Posted by Gemma - Animal Communicator at 04:41