Posted by Gemma - Animal Communicator at 02:13 No comments:

When I first found out about Gemma Blackwell's gift, I was overwhelmed with emotion so I knew I had to contact her to see if she would be able to communicate with my two cats. What was particularly tricky (in my view) was that one of them, Chaka, had recently passed on. After I sent a photo of Chaka to Gemma, she made contact and then at our appointment, she let me know some of the images and messages she was getting about Chaka to ensure she was communicating with the right animal. After we established that Gemma was indeed communicating with Chaka, I was able to receive messages through Gemma from Chaka on how she was doing and how she was feeling after her passing. I was able to pass messages to Chaka through Gemma about how much I missed her and how I hoped she was happy and safe.

This reading went so well that I decided to ask Gemma to communicate with my other cat, Kibbles, to see how she was doing with Chaka's passing and how she was feeling in general. Again, after we established that Gemma was communicating with Kibbles, I was able to check in with Kibbles through Gemma to ensure that she was doing OK - and receive the message that she did not want another mate to join her in our household! I found communicating to my animals, especially Chaka, very comforting. It brought me a great deal of peace about her passing. It was also nice to communicate with Kibbles - I think it was important for her to know that I was concerned about her, too. If you aren't sure what's going on with your pet, need to check in about something specific or just want to communicate how much you love them or miss them, I would definately get in touch with Gemma at Pet Tails.
Posted by Gemma - Animal Communicator at 01:43 No comments: 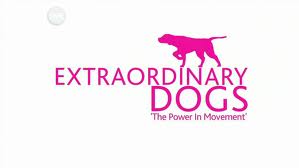 I watched Extraordinary Dogs today & was amazed to see that Scientists, Vets & other 'experts' are looking into dogs & whether or not they pick up feelings from people! I had to share this link with you as it seems Science is starting to see what Animal Communication is all about. One dog could predict when people in a care home would die & would alert staff & stay with the person until their family came.

WATCH THIS EPISODE BY CLICKING HERE
Posted by Gemma - Animal Communicator at 06:14 No comments:

I've been doing the radio show every Monday at 6pm GMT with Carl Munson now for a few weeks & it has really evolved since the first show. I now do live connections with people & their pets on the show & have callers from all over the World.

Yesterday's show saw the arrival of a new feature - ASK FINGLES! Being Valentine's Day I asked my cat Fingles for his opinion on Love & Relationships (using animal communication - he hasn't just developed a voice box)! I then shared his pearls of wisdon with the listeners. Every week I'll be asking Fingles' for his opinion on different things from Love & Relationships to Death!

If you'd like to hear the new Feature on last nights show click here & get the Fingles Tingles!
Posted by Gemma - Animal Communicator at 09:30 No comments:

Check out the latest addition to the Pets Tails website:

Posted by Gemma - Animal Communicator at 01:17 No comments:

If you read my previous post you'll see that I went to a MBS Fair in Whitchurch & did two live demo's of Animal Communication. One was with the lovely Pepe, I just had to share this photo that Pepe's lovely owner Christine sent me today - he's such an adorable dog. Thank you Christine, Ivan & Pepe. xx
Posted by Gemma - Animal Communicator at 05:17 No comments:

Well I did my very first MBS (Mind Body Spirit) Fair yesterday at Whitchurch, it was held in the very lovely Hill Valley Hotel & I was really pleased with my spot - next to the lovely Mr Benjamin Stubbs!
I didn't take any bookings but spoke to a lot of people & now a few more people are aware of Animal Communication & me. I had two hightlights; a young lady coming to my stall wanting to connect with her beautiful horse Lady who is in Spirit & meeting Emma, an 11 year old Animal Communicator.

I did my very first talk & I have to say I was nervous as hell! There were about 10 people sat down for the talk & a few people stopped in their tracks to listen as they looked round the stalls. I had practised & had prompt cards with me but decided to do it without them. As I got into it the nerves settled & I really enjoyed it. I had two animals to demonstrate Animal Communication with (unplanned). One was a gorgeous chiwawa called Peppy who belonged to a couple who also had a stall there, Peppy was with them so everyone got to say hello to him & he loved the attention! Peppy communicated beautifully & was a great demo! Then I did a communication with a the lady's hores in Spirit called Lady - another great communication & a few tears to be shed in the crowd.


A fantastic day that flew by & I'm now looking forward to my next Fair in Ellesmere on 27th Feb!
Posted by Gemma - Animal Communicator at 09:26 No comments: